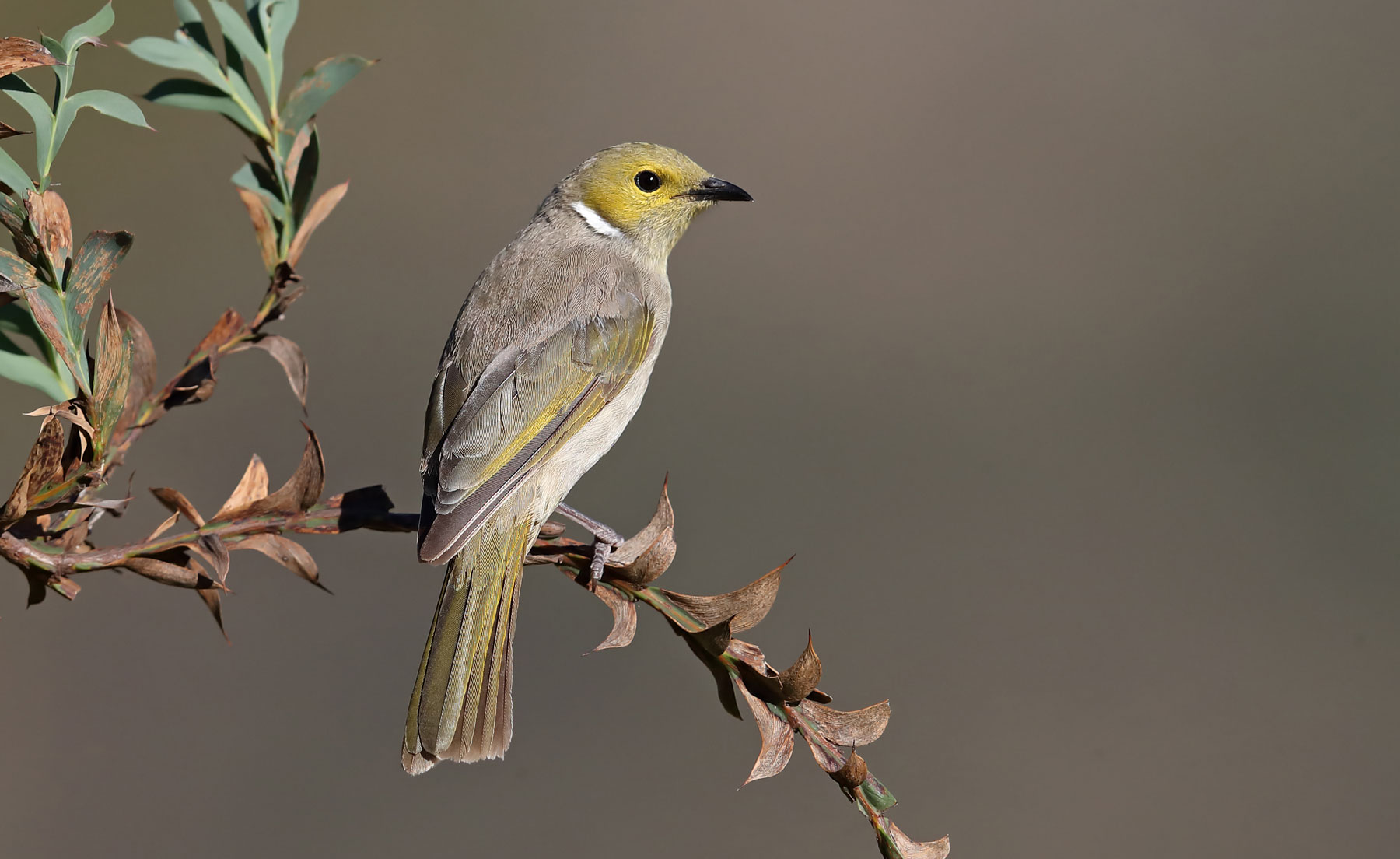 The White-plumed Honeyeater is often one of the first birds to call in the morning and the last to call in the evening. It is commonly observed along the treed waterways and roadsides throughout our district, flitting around the canopies of trees and on flowers in gardens.

The White-plumed Honeyeater is a medium-sized honeyeater with a slightly down-curved bill. It has a distinctive white neck-plume, giving the bird its name. They are usually gregarious and seen constantly moving from tree to tree with rapid darting movements.

They are the only local honeyeater with a white neck-plume, and may only be confused at a distance with the Fuscous Honeyeater, another similarly sized honeyeater with yellow neck-plumes, which are found mainly in larger woodland areas.

The White-plumed Honeyeater is found in open forests and woodlands across mainland Australia, often near water and wetlands. It is generally absent in arid regions unless water is artificially supplied (e.g. water troughs for stock). Their distribution is usually linked to River Red Gums, although they are also found in remnant bushland in urban areas, as well as parks and gardens.

The White-plumed Honeyeater feeds very actively from leaves and flowers in the crowns of trees and in shrubs on nectar, insects and secretions from plants and insects like lerps and honeydew. They can also feed in the air or forage upon the ground.

During the breeding season, male White-plumed Honeyeaters make several ‘Song Flights’ throughout the day above the treetops while singing a distinct song, before diving steeply into a nearby tree. Females build a small cup-shaped nest in the crown of a tree, woven from grass and spiders webs and lined with wool, hair or feathers. Females incubate the eggs but both parents feed the young, sometimes with the assistance of helpers. Two to three clutches are laid each year.

We are fortunate locally that they are still very common, primarily because of the many redgum lined waterways that occur across the region. These birds commonly forage in gardens and farmland with some trees and large shrubs, and in remnant bushland patches. At times, in limited areas, when their numbers are strong, they are known to harass and compete with smaller birds like thornbills and fantails for the available habitat.

Photo: The White-plumed Honeyeater with its distinctive white plume, by Chris Tzaros of Birds Bush and Beyond 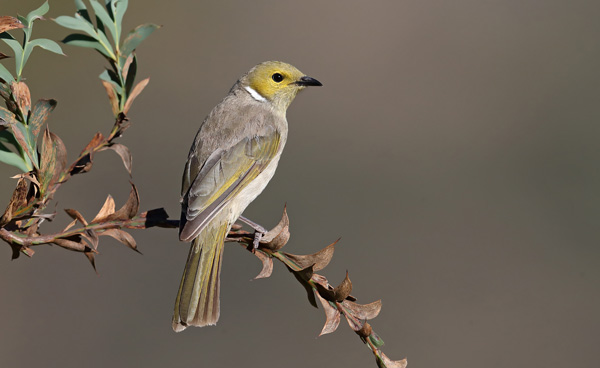