Where will our food come from? 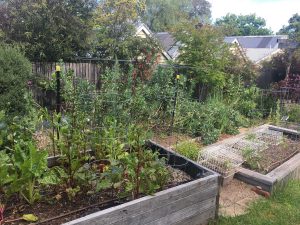 As I write, most of the major northern hemisphere rivers are running dry. From the Yangtze to the Thames; from the Mekong to the Po.  The only people celebrating these events are archaeologists as the lowering river levels uncover forgotten ancient artefacts or even sunken warships.  But even archaeologists have to eat.

Compounding the problem, major flooding is also occurring in other locations, as most of us are aware.  Australia’s cereal crops, particularly on the eastern side of the continent, have virtually been written off, as have much of our vegetable and fruit production.

In California, the food bowl to most of the United States, zero water allocations mean that vegetable and fruit production has been severely compromised.

Climate change is leading to food production outputs that can no longer keep pace with population growth.  Complicating the matter, extreme weather events are affecting food logistics – harvesting, transportation, storage, and distribution.  Check out your local supermarket shelves if you can’t understand the previous sentence.

While we may be able to blame world leaders for the environmental, geopolitical, and economic catastrophe that we are in, pointing an accusing finger will not make food grow.

It is now time for individuals to “join the dots” and start planning for increased food security for yourselves and your neighbours. This is easier said than done.  While our houses are getting larger and less energy-efficient, our block sizes are barely big enough to accommodate the building envelope.  This needs to change, as more than 10% of Australia’s population is already food insecure.

To take more control of your own food security you could dig up your front lawn and put in a vegie garden, use your nature strip for food production, grow food vertically on mesh or along the fence or grow food in pots if your land area is limited. You could encourage neighbours to come along on the journey with you while sharing resources and increasing food diversity.

The writing is on the wall.  Waiting for “someone else” to fix the food problem is not the solution.  My wife and I grow as much food as we can and have cited convenience, food miles, flavour, cost (we save our seed), and independence as major drivers. The major future driver may simply be survival. 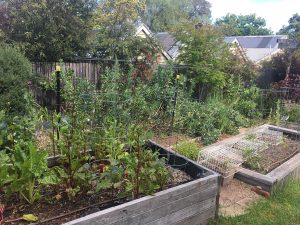