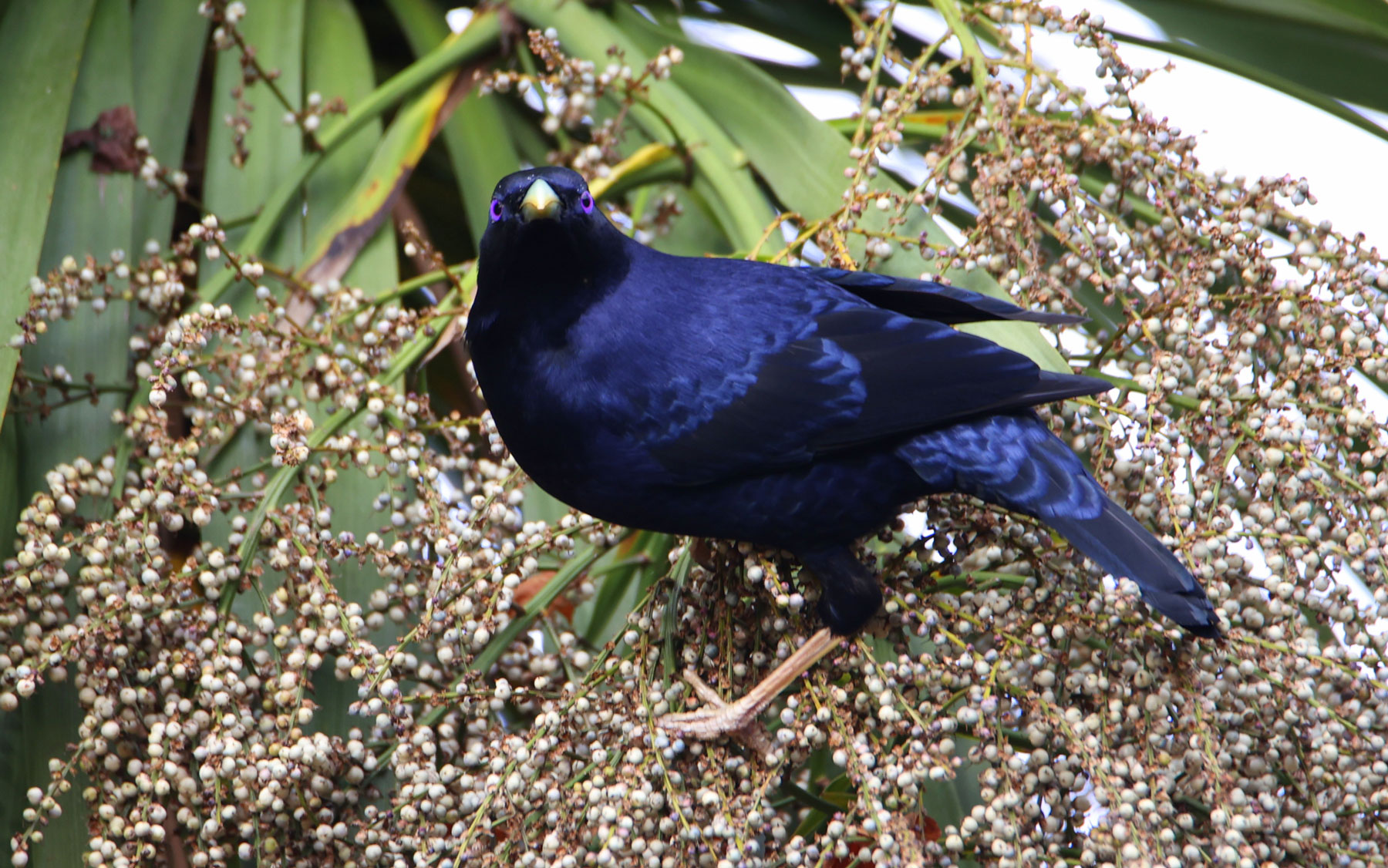 Walking through our local parks we will often catch a glimpse of our native wildlife. However, on a recent a recent wet Saturday morning I was surprised to see a Satin Bowerbird. I watched for ten minutes as the glossy blue-black male hopped around accumulating various blue objects and twigs.

Now this is not unusual behaviour during the mating season which goes from August to January, but May? Recent flooding has caused significant damage in the Reserve, especially near where this particular bird has built his bower. Was he in the process of a spot of renovation or has climate change affected the cycle of breeding and he is getting in early in case a female comes along?

Bowerbirds are truly fascinating creatures. The males take seven years to achieve their spectacular adult plumage. They are also long-lived, one bird reaching twenty-six years. They are mainly solitary, although they will congregate in flocks for a brief period during winter.

Of course, it is the male’s antics to attract a female that have made them celebrated. They first build a bower of parallel twigs on a north-south axis. They chew vegetable matter with saliva and smear it on the walls of the bower. A coating of charcoal completes the decoration.

The male then collects a vast array of blue objects, such as straws, bottle tops, pegs, along with feathers and flowers. These are then laid out in a display around the bower.

When a prospective female comes along the male goes into action. He starts dancing while impersonating other birds. He will pick up a blue object in his bill and wave it enticingly in front of the female.

She can be very selective, if anything is not to her liking she will reject his advances but if she accepts they go into the bower and mate. The female then builds a nest high in a tree. The male takes no part in the rearing of the young, his only concern is attracting more females!

Males spend a lot of time on the ground so they are vulnerable to predators. People walking their dogs should always exercise control. Bowerbirds are native animals so they are protected by law. We don’t want to lose a creature that is an architect, mimic, dancer, interior decorator and Casanova. 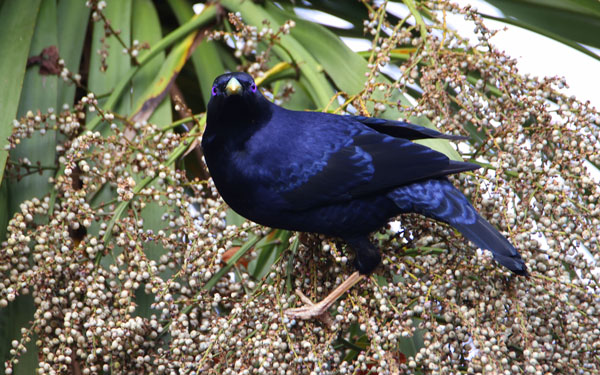