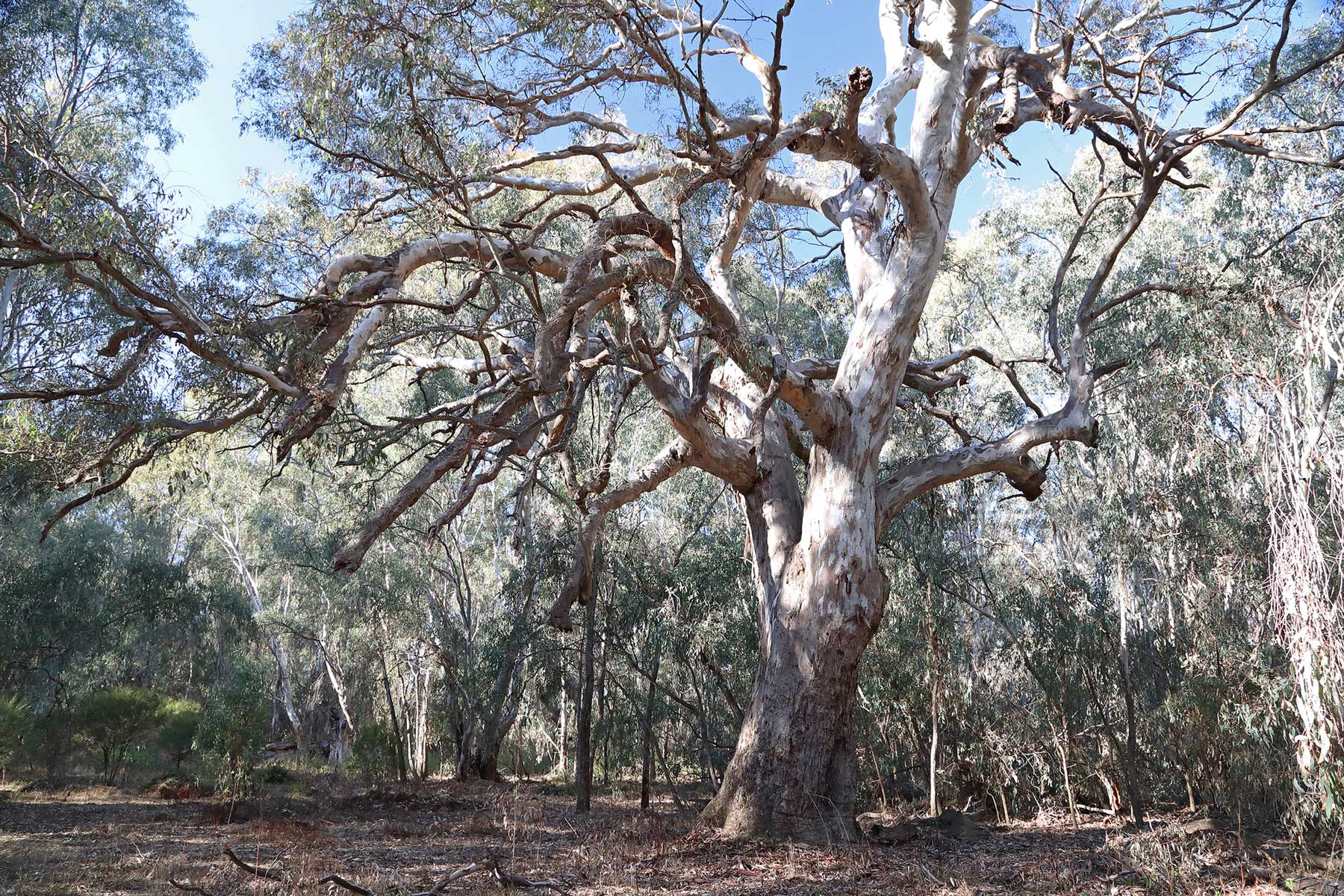 The River Red Gum is the most significant and distinctive plant in our district where it dominates our waterway banks and wetlands. The trees usually range from 20–35 m high and taller. Locally, we are lucky to have many ancient trees that are 400 years and older and may be 2-3 metres in diameter. River Red Gum woodlands have more types of hollow-nesting native wildlife species utilising them than any other vegetation type in Australia, due to their long-lived nature and tendency to produce tree hollows. This is one of the main reasons why parrots, kookaburras, owls, possums and gliders are still common locally.

The branches are often twisted and the root system is often partly exposed. The understorey below varies from grassy in drier sites to a mid-storey of wattle, bottlebrush and paperbark along river banks and aquatic plants including rushes and reeds.

The timber is a reddish colour with a strong interlocking grain.  It is hard and durable and renowned for its slow-rotting character. The hard, heavy red gum provides foundations for buildings, and timber for railway sleepers, wharves and fences.

The Bpangerang saw River Red Gums as a key part of their pantry for many of their foods, tools, shelter, other implements and for its medicinal properties. A handful of young leaves, crushed and then boiled in water, was used as a liniment that was rubbed into the skin for chest or joint pain, particularly for general aches and cold symptoms. Young leaves were also heated in a pit over hot coals, and the vapours were inhaled, which helped with the treatment of general sickness.

It is the association with the water that makes the tree fascinating as it can withstand partial flooding for many months, where all other eucalypts would drown. This is why it is the dominant tree along waterways and wetlands. Seeds are washed to high ground and stranded at the high watermark during a flood and germinate to take root and grow when the floods recede.

Flowering is usually in December in NE Victoria and the flowers are white to pale cream. Honey produced has a clear golden colour, is mild and of good flavour and often attracts large numbers of Friarbirds and other honeyeaters. 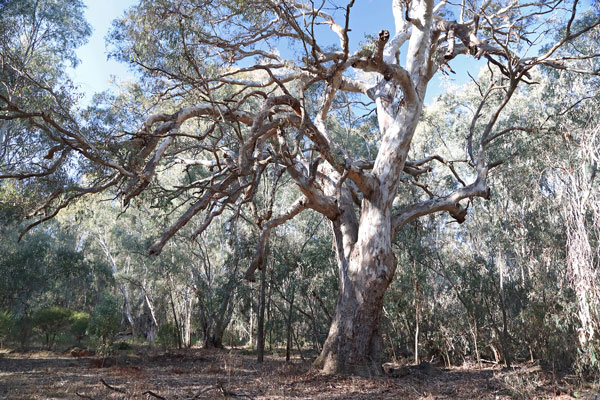 Photo: A magnificent River Red Gum surrounded by regrowth at Northern Beaches, Wangaratta, by Chris Tzaros (Birds Bush and Beyond).