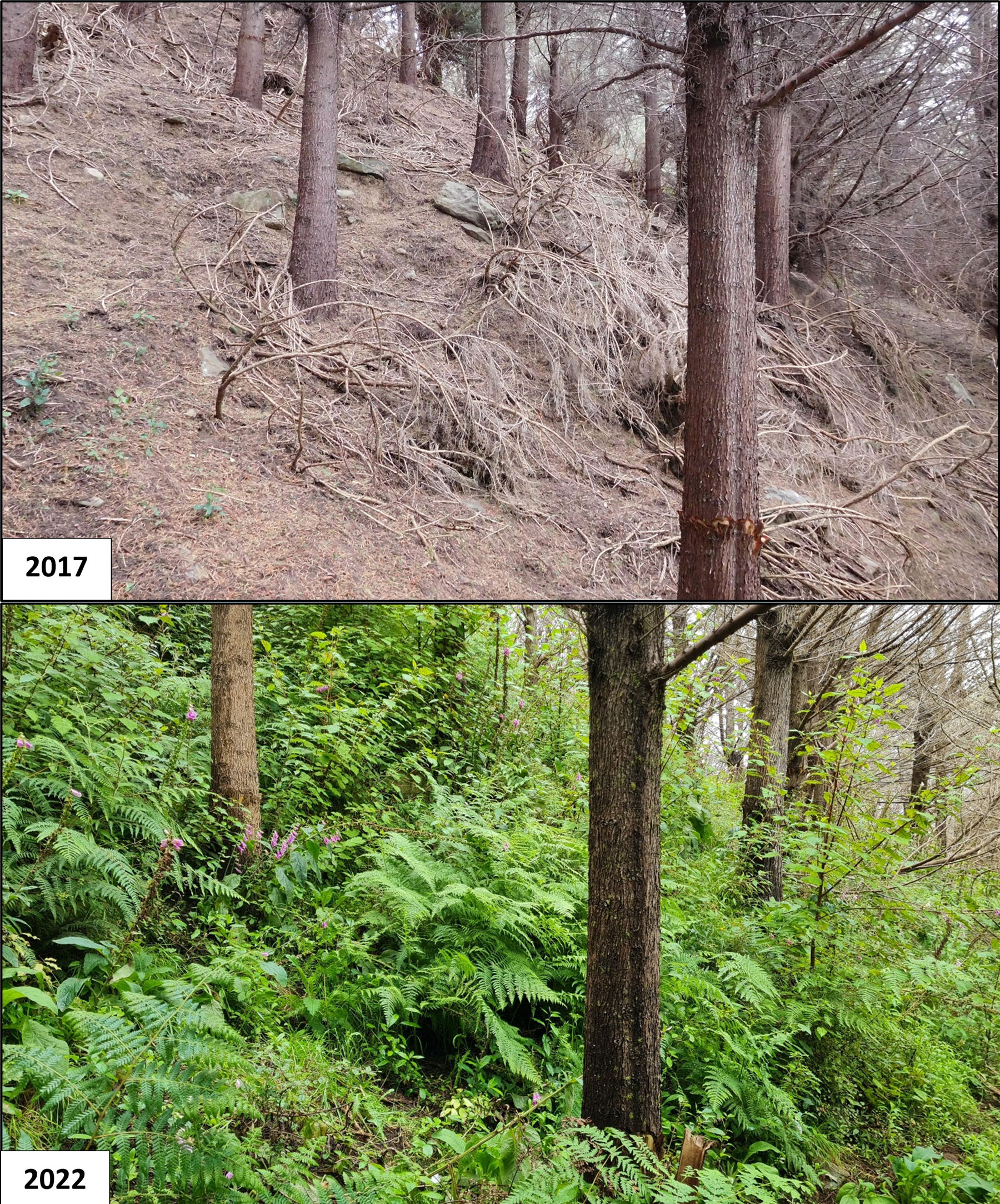 Locals may be interested in a citizen science conservation project undertaken by my brother near Christchurch in New Zealand. Next to his conservation covenanted bush block on the Banks Peninsula is a sizable plantation of exotic Monterey Cypress (Cupressus macrocarpa).

These trees were planted 30 years ago on extremely steep land and can never be harvested, as they are infected with canker disease. Bob and Carol have undertaken, with encouragement of the owner, to return this plantation (of 8 hectares with 8-9000 trees) to healthy native vegetation, using the muscle-power of himself, Carol, a professional botanist, and a motley crew of volunteers from the local community and further afield (including me).

The basic theory is to kill the macrocarpas and leave them standing to provide perches for birds to drop native seeds, and also to gradually increase sunlight (otherwise an even worse weed, gorse, would immediately take over!). The method used is to ‘frill’ each tree at waist height with a hatchet (cutting a 45-degree slice down through the bark) and filling with a glyphosate mix.

To measure the progress of this project a series of monitoring sites were chosen at the start in 2017. Two sites were kept as controls with the macrocarpas left alive. Every year the vegetation has been photographed at each site and measured on a standard range of data such as number of plants, species, density and height.

The results so far have been amazing, as the two photos here illustrate – the same site in 2017 and 2022. The number of native species exploded in the first 4 years as the macrocarpas died, and have now declined slightly as the taller natives have already started shading out the lower ones. A few weeds have appeared – including gorse from a huge decades-old seed-bank in the soil, but gorse hates shade and will die out as the taller natives grow up (so long as there are no bushfires!). Generally the process has been so successful that most sites have become almost impossible to monitor and will now only be fully surveyed every five years. 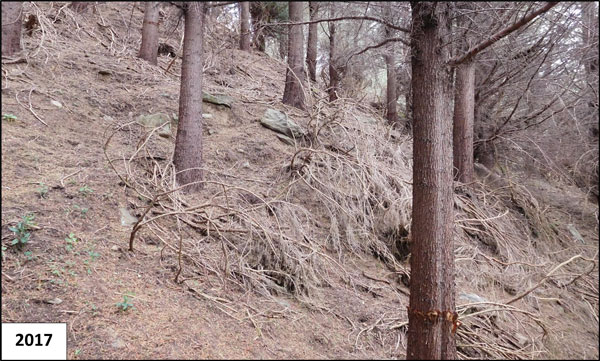 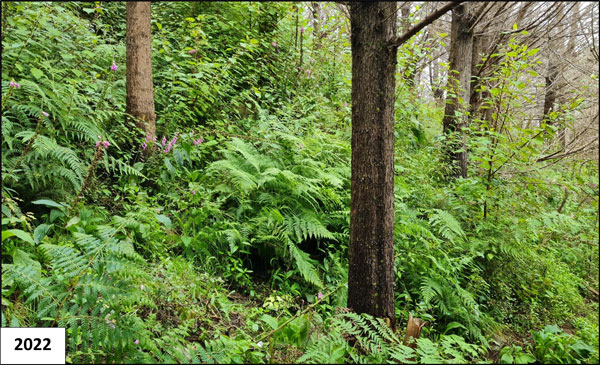 An excellent example of community-led conservation action! If you would like a copy of Bob and Carol’s 5-year report you can contact me at websterm@netc.net.au.