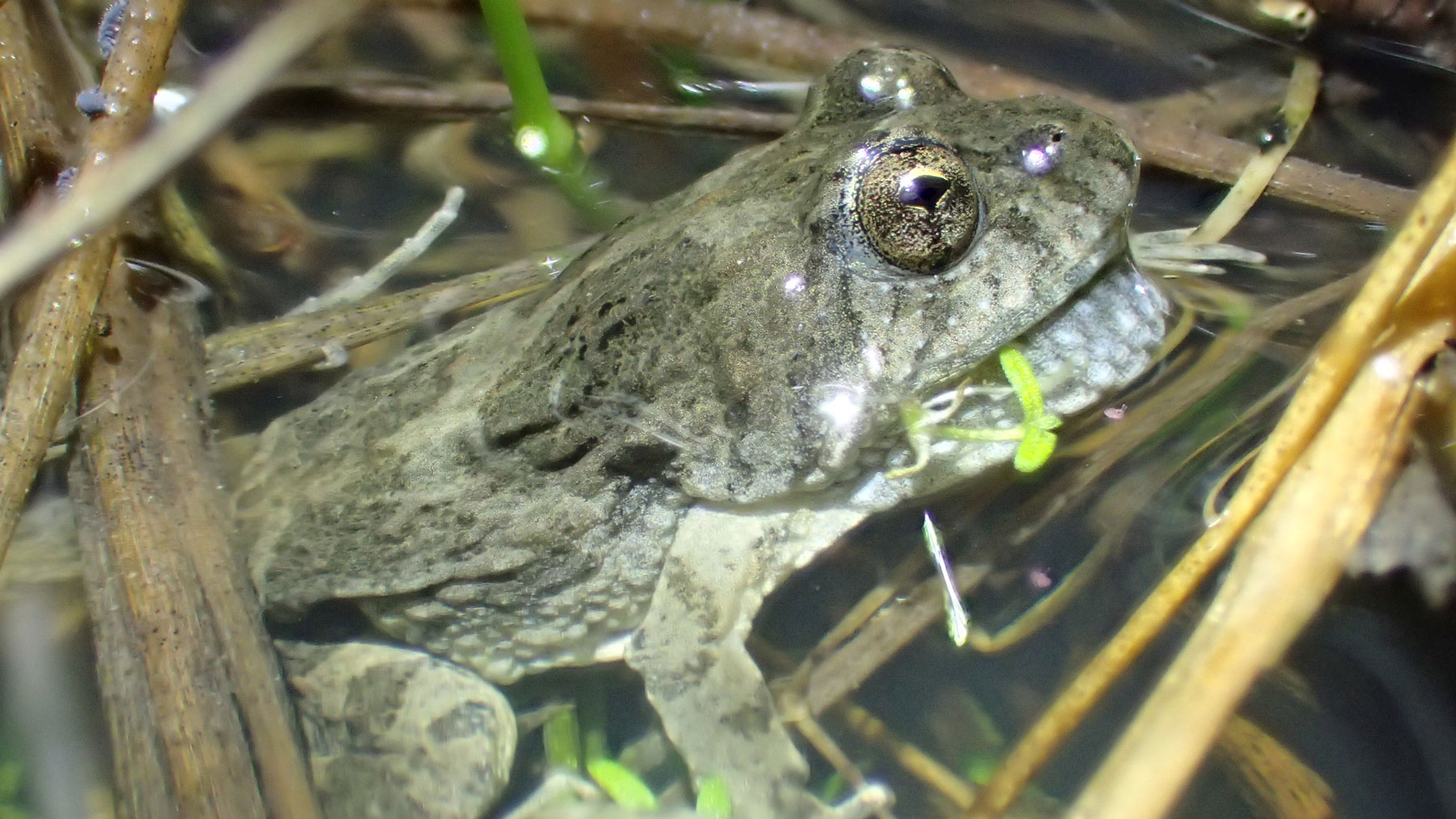 Have you heard of the Sloane’s froglet? It’s a tiny, local, endangered frog.
They are around 2cm long and grey-olive in colour.

Male frogs call to advertise to potential mates and to warn off other male frogs. Frog calls are distinctive, so hearing them is enough to identify the species present.

Sloane’s froglets, Crinia sloanei, are one of the few winter-breeding frogs, meaning they call mainly during the wetter, cooler months.

Sloane’s froglet numbers have declined in recent decades, with drought and habitat destruction considered key factors. Sloane’s froglets are currently only known from a few locations in southern NSW, particularly around Thurgoona and Corowa, as well as a scattering of sites in northern Victoria.

Since 2017 the “Sloane’s Champions” program has been encouraging volunteers in NSW to help monitor Sloane’s froglets at Thurgoona and Corowa using the FrogID app.

Whether the only frog you know is Kermit or you have been a frog fan for years, FrogID provides froggy facts and an easy way to contribute to frog conservation.

FrogID, by the Australian Museum, can be accessed via the frogid.net.au website and mobile apps. It includes an electronic field guide to frogs in Australia, with filters that enable you to explore frogs in your local area, or by habitat type and by the times of year they call. Each frog species has a detailed profile, including recordings of each frog’s calls.

With the FrogID mobile app you can record calling frogs and submit them for verification. It’s not quite Shazam for frogs (yet), rather each submission is listened to by FrogID expert identifiers, and they confirm the frog (or frogs) in your recording and let you know. These records are then added to a national database, building our collective knowledge of where frogs are.

Since last year, through the efforts of Sloane’s Champions volunteers using FrogID, we know these special frogs are in Wodonga and surrounds, too. Sloane’s froglet records have been verified from several locations. Will you help us to find out where else they might be?

To join the fun, grab the FrogID app and start recording. Or come to one of our events – we’ll listen for frogs, learn about their habits and give the app a whirl. 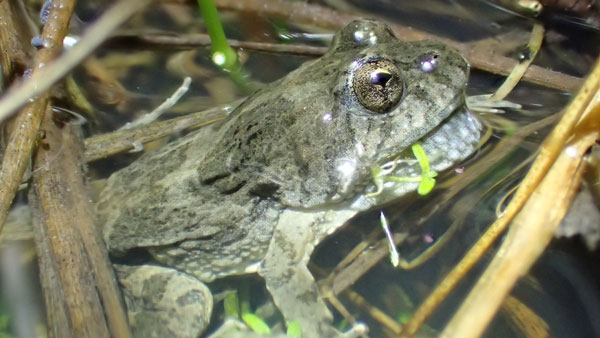 Image: Sloane’s froglets – tiny and hard to see. Instead, listen for their distinctive call.
Photo by David Hunter.