The unacceptable impact of litter on platypus 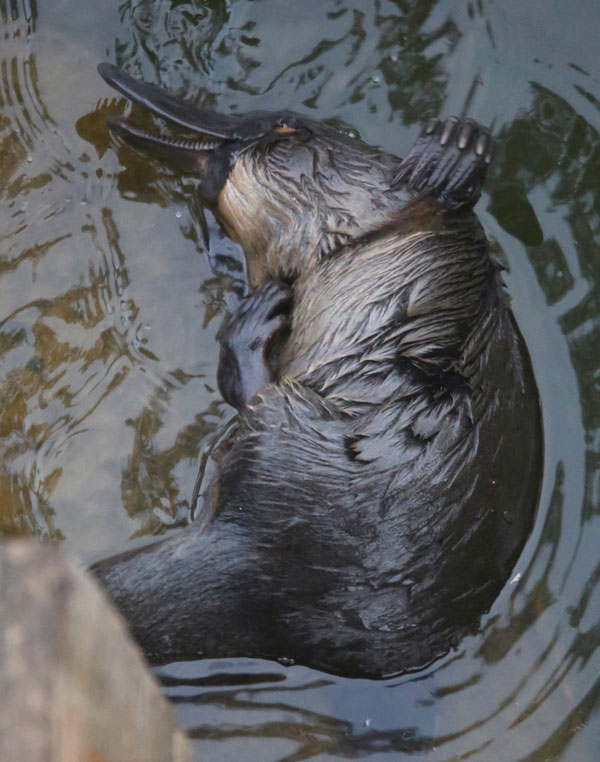 A research paper by Australian Platypus Conservancy biologists (recently published by Australian Mammalogy) has confirmed that platypus suffer horrific injuries and potentially die after becoming entangled in rubbish.  The study found that, on average, 4% of platypus encountered in live-trapping surveys in Greater Melbourne were found to be encircled by rubbish.  In some urban streams the problem was particularly alarming, with more than a third of known individuals in the population entangled at least once in their life.

Frequency of platypus litter entanglement was lower in rural areas (0.5%) but included a higher proportion of very harmful materials such as fishing line. Risk was also found to vary with platypus size and age: significantly more juveniles were entangled as compared to adults, and more adult females were victims as compared to adult males.

Because platypus mainly feed on bottom-dwelling invertebrates, they are often active in places where man-made debris accumulates. A platypus also finds it difficult to remove encircling loops from its neck or body because its webbed front feet – designed for paddling – are hopeless at grabbing. Instead, a platypus grooms using its hind feet, which cannot pull a loop forward past the animal’s head. Entangling loops therefore tend to move back along the body until they fit too tightly to move back any farther – and then start cutting into the skin.

Pollution traps can be installed to intercept rubbish as it travels from stormwater drains to waterways. However, such traps are typically not designed to remove the fine materials that entangle a platypus. Furthermore, many harmful items enter waterways from sources other than stormwater, such as discarded fishing line or hair-ties lost while swimming.

You can help address this problem by adopting two simple habits. Firstly, pick up items of litter – especially anything that could potentially encircle a platypus – whether or not they’re found near water. Secondly, cut through ALL metal, rubber or plastic rings or loops of any size before disposing of them responsibly.