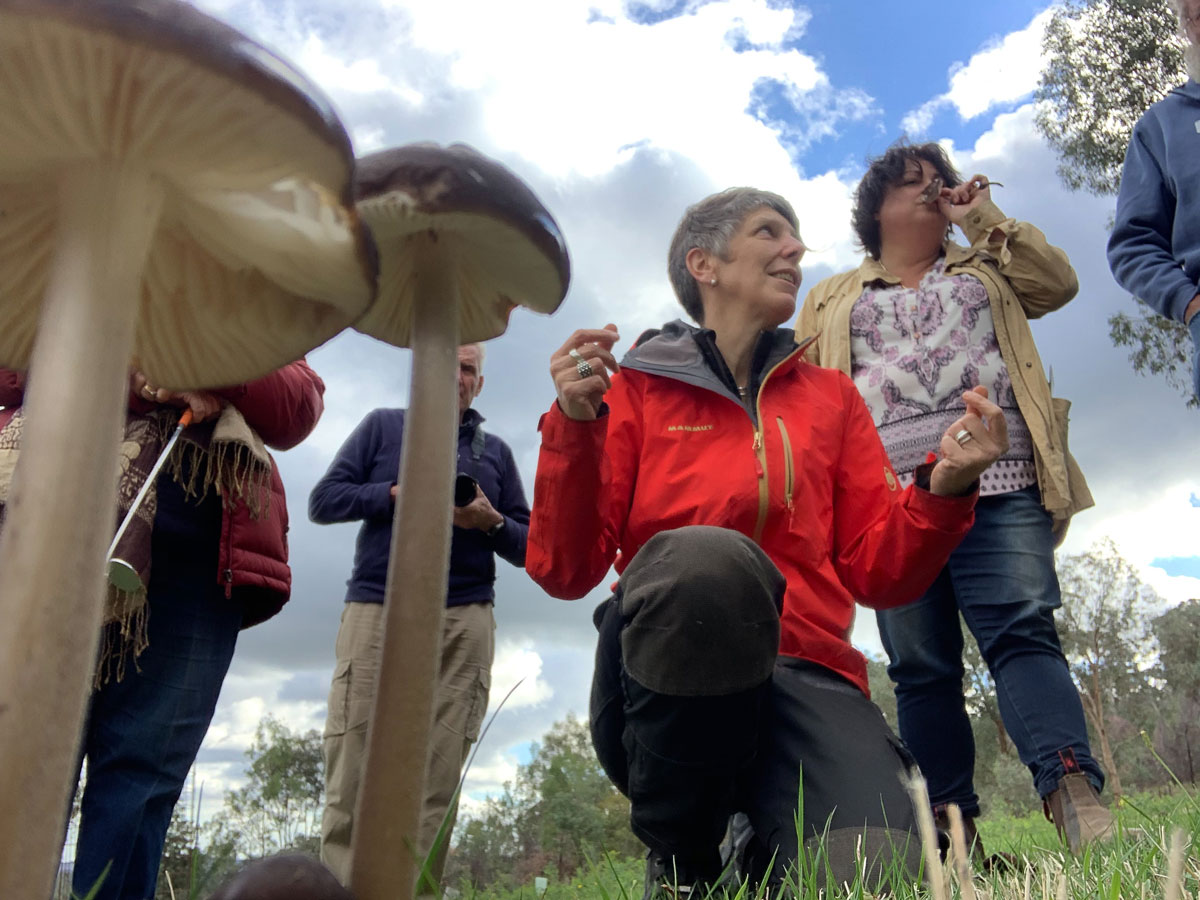 I recently attended a workshop on Fungi organised by Wooragee Landcare.  It was given by Alison Pouliot who is not only an amazing photographer but an expert on fungi.

In the workshop she helped us identify fungi and told us about how vital fungi are in our soils.  They provide the soil with structure so that it retains water which in turn increases the available nutrients making the whole ecosystem more resilient.  Greater attention to fungal-plant relationships can help us move forward in our agricultural and gardening practices.

We also can’t underestimate the role of our native vegetation in supporting fungal diversity and the role of soil fungi in the success of revegetation.  The majority of all plants develop this special relationship with the mycelia which provides a range of nutrients and water to plants.  However, it is important to note that where there is plant or mulch cover, the mycelia are close to the surface and can be killed by cultivation, some fertilisers and herbicides.

Some fungi found in the soil are beneficial in agriculture because their activities help to maintain soil fertility by causing decay and help decompose dead plants and their waste. Read more: https://www.legit.ng/1115580-economic-importance-fungi-commercial-agriculture.html  And the organic gardener appreciates the presence of fungi.  See the Diggers Club 2019 Winter Garden newsletter and an article about Tim Marshall, an organic gardening expert.

Numerous Australian animals use fungi as an important food source.  Fungi can constitute the majority of the diet of some mammals such as potoroos, but birds, reptiles and invertebrates also use fungi as a food source.  Many fungi rely on these animals to disperse their spores through their faecal pellets.

Alison has been interviewed in many places around the world and if you would like to hear her, go to https://www.abc.net.au/radionational/programs/bigideas/fungi-for-a-healthy-planet/10925974

In this program Alison talks about how fungi are the unsung heroes of recycling, are important in the breaking down of organic matter for plants to use and how they are now being used to clean up oil and plastic.  Yeasts and moulds are types of fungi and are used in production industries like bakeries and breweries and in medicines.

So when you see mushrooms or toadstools, don’t panic.  It is a sign that all is well with your soil.  They are working hard for you and our planet.