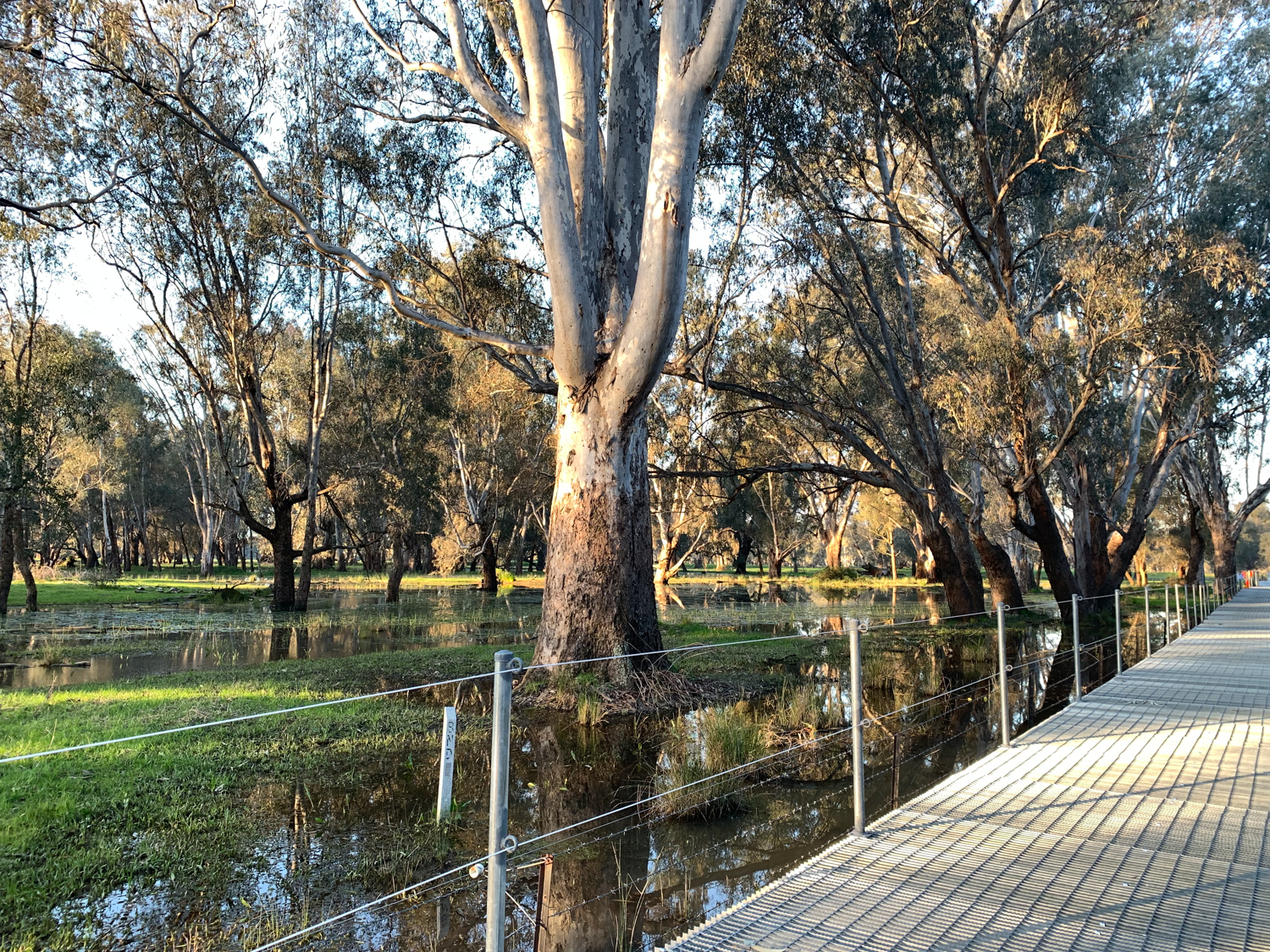 Winter has never been my favourite time of year. I ‘feel the cold’, as they say. The shorter daylight hours feel constrained compared to when they extend into the evening.

Previously, my approach to winter was perhaps like animals that hibernate or avoid much activity in winter – I’d mostly bunker inside, waiting for the season to pass.

And yet, increasingly, I am drawn to the outdoors during winter.

There are, of course, many species that flourish in winter.

I’ve become a keen fungi forager. I’m not looking for edible mushrooms, but rather I find delight in seeking out the diversity of their forms. I love discovering the weird and wonderful places they appear and that often their appearance is brief. You need to be in the right place at the right time, and that keeps me revisiting and paying attention.

Some of my favourite local places are along the floodplains of the Kiewa and Murray rivers. However, access gets tricky after rain.

The High Country Rail Trail at Bonegilla has hundreds of metres of raised walkway which provide access to walk or cycle across the flooding river. It’s magnificent!

The frog chorus here is impressive and changes with the season. The trail is also terrific for bird watching, with many species exploring the inundated paddocks and perching in the ancient river red gums.

Shorter days are a bonus if you’re keen on nocturnal wildlife as night-time starts earlier! I’ve enjoyed joining wildlife spotlight walks, and simply listening out during an after-dark stroll.

I’m getting to know some winter-calling frogs. I rarely see them, but instead I listen for their calls. They may call during the day but after dark is particularly rewarding.

The Sloane’s Froglet is a tiny, endangered frog known in very few places in recent times. It’s a winter-calling frog that has recently been confirmed in Wodonga. The challenge of seeking out a little-known, rather unusual species, gets me out the door and into the dark.

There are some other perks to winter wandering. No snakes is a bonus. Even mozzies find the going too chilly for much of winter.

Exploring nature and local places in winter is well worth the effort to rug up and get outdoors.

Maybe I’ll see you out there? 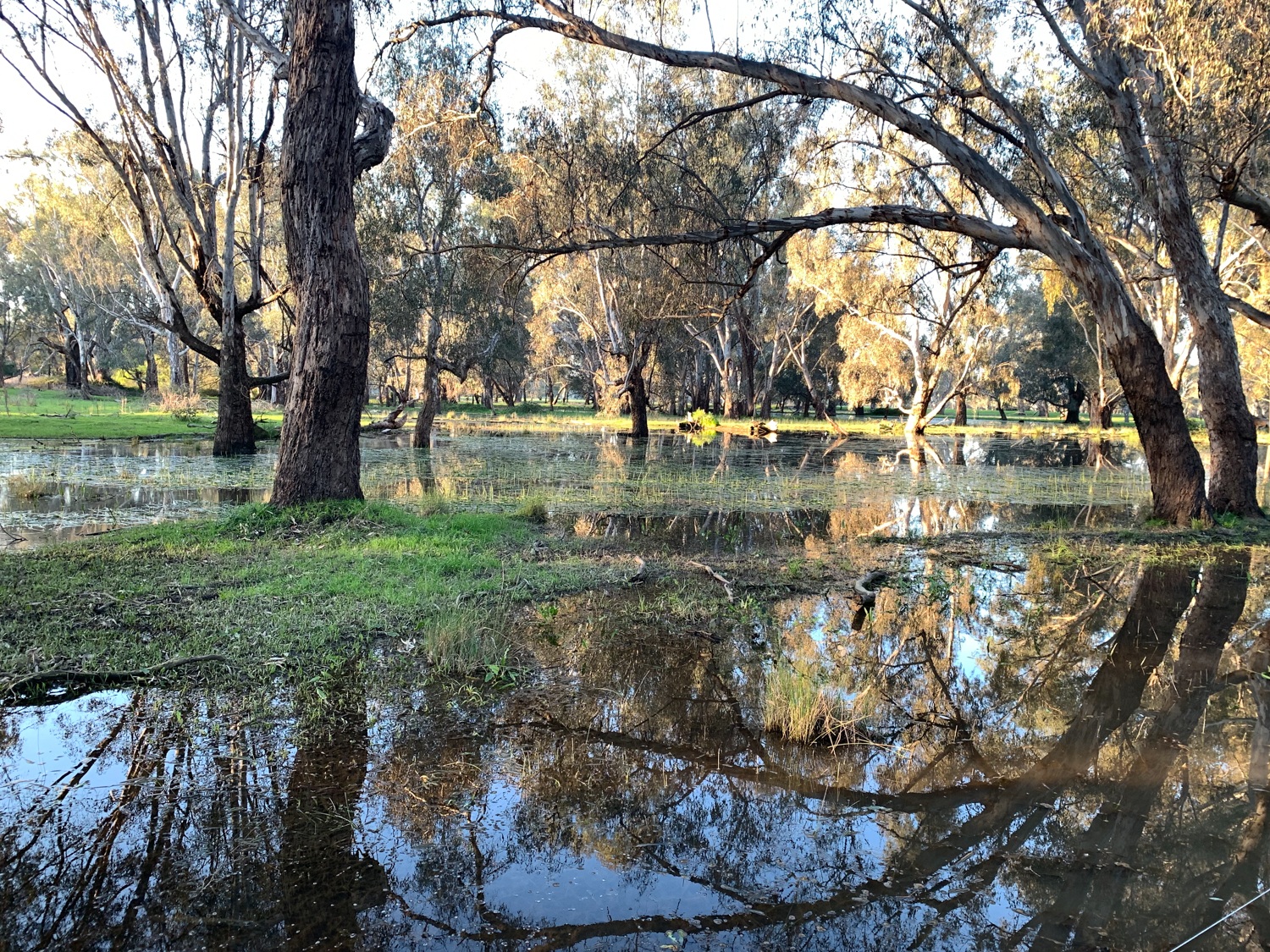