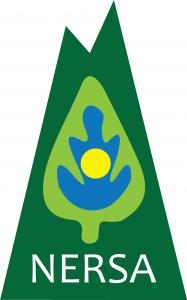 The brainchild of Dr Rowan O’Hagan, from Wangaratta’s Sustainability Network, the aim of NERSA was to connect volunteer groups in North East Victoria which had arisen out of concerns that our increasingly human focussed, materialistic and wasteful society was threatening the sustainability not only of our own lives, but those of the diverse other than human species with whom we share this planet.

It was hoped that such a network of like-minded people could act as a hub to promote and build on positive action through coordination and collaboration between community groups, local government and other agencies with a focus on sustainability in our region and nationally.

To date activities have included regular meetings to share ideas and information and provide a forum for discussing opportunities and challenges.  Representatives have come from regional sustainability and Landcare groups; local government departments; and agencies such as North East Catchment Management, North East Water, Goulburn Broken Greenhouse Alliance, and the Department of Land, Water and Planning. There have also been connections with other volunteer organisations, some of which extend far beyond North East Victoria, such as Wodonga Albury Towards Climate Health, Renewable Albury Wodonga, Community Garden and Local Food Networks, many Renewable Energy projects, as well as State-wide groups like Environment Victoria and Sustainability Victoria .

These volunteer groups have been involved in Climate Change awareness and moderation projects, waste wise actions,  worked with young people from local schools to help them better understand the fragile ecosystems in their environments, supported the work of  Repair Cafes (Albury Wodonga’s was the first in the state) and Boomerang Bag groups which have sprung up across the region.  They have supported grant submissions for many sustainability based projects, promoted films on the state of the of the environment, lobbied State and Federal politicians and generally acted as catalysts for sustainability action.

Over the ten years NERSA has gone from strength to strength in terms of both its membership (nowadays we barely fit into the space Indigo Shire has kindly made available for us), and its influence. Most importantly it has provided a forum for interested groups to share and extend their information and influence around those issues that threaten sustainability of life on earth.

How wonderful it would be if this influence could finally exert itself in Canberra’s corridors of power.