Keep your eyes peeled for the Crested Shrike-tit 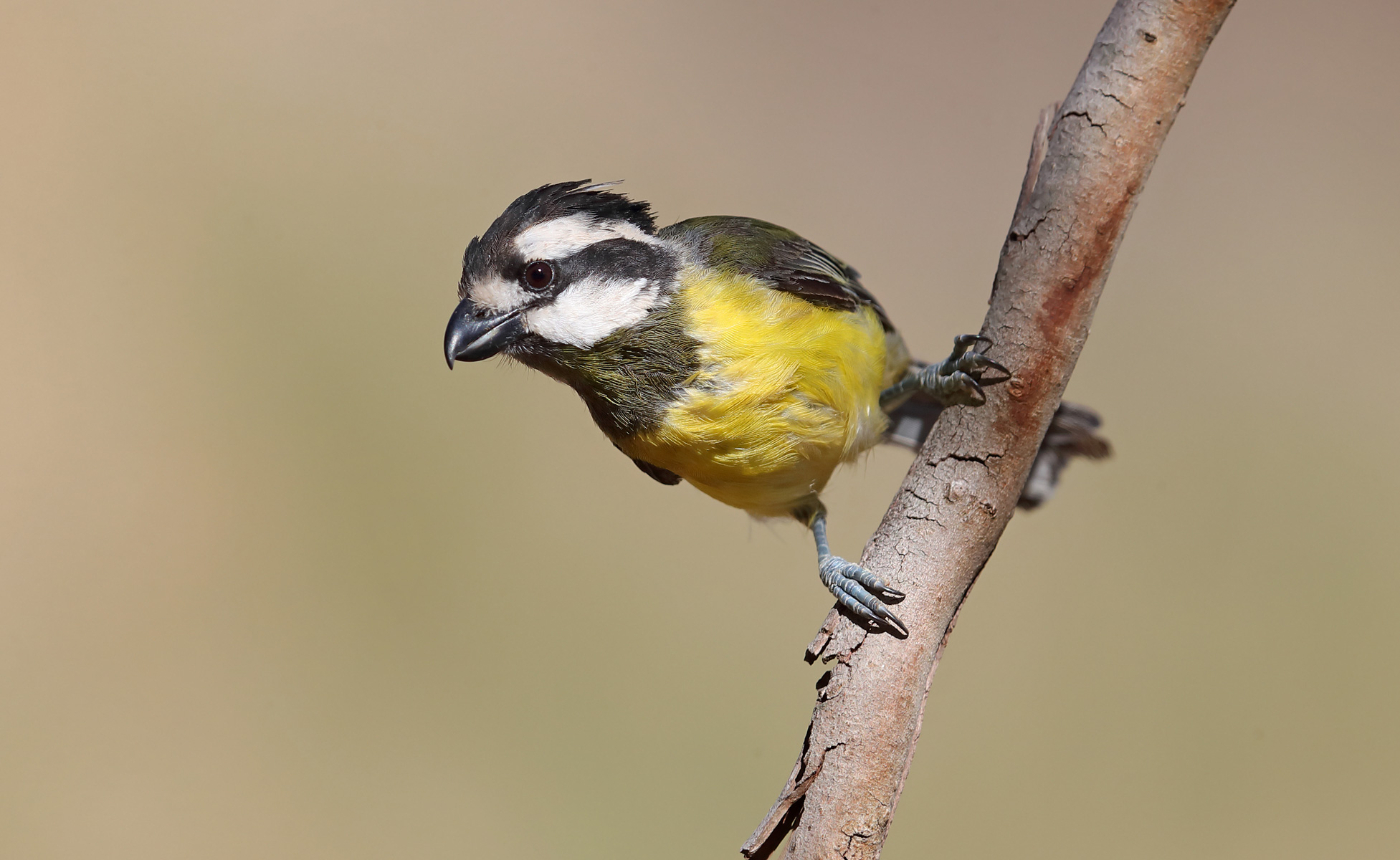 With its distinctive Mohawk style crest, black-and-white striped face, and bright-yellow front, the Crested Shrike-tit should be easy to see.

Yet, when feeding in the canopy of trees, they are often difficult to find — it is only the sound of them tearing off pieces of bark with their stout bills to feed on the invertebrates underneath, that alerts us to their presence.

When Crested Shrike-tits call they often make a repeated plaintive whistle: ‘keep-keep-keep’; but can also be like ventriloquists and mimic other species.

The Crested Shrike-tit is a medium-small bird with a striking black and white striped head and neck, a small crest, a black throat, and a short heavy bill with hooked tips. Females have a smaller head crest and an olive-green throat.

These birds have amazingly strong bills, shaped much like an old-fashioned can opener, to enable them to pry open bark from the branches to access the bugs underneath.

The Crested Shrike-tit is found in eucalypt forests and woodlands, forested gullies and along rivers in drier areas. It is sometimes seen in parks and gardens, and on farms with scattered trees.

It feeds mainly on insects, but will sometimes eat fruits and seeds. It forages in trees, rarely on or near the ground, tearing at or probing bark for insects with its short strong bill.

The male Shrike-tit selects a nest-site in a high fork of a eucalypt tree, attracting the female by quivering and waving his wings.

The female builds the deep cone-shaped nest from dry grass and bark strips, covering the outside with spider web, moss and lichen.

Two broods may be raised in a season, and the young birds may remain with their parents until the beginning of the next breeding season.

The Crested Shrike-tit lives in a limited territory, and we are fortunate locally that they are reasonably common, primarily because of the many tree lined waterways that occur in our towns and across the region.

This allows these birds to forage in gardens and farmland with some trees, and in remnant bushland patches often affording us with glimpses of these wonderful birds.

So next time you are sitting quietly outdoors and hear bark tearing, look up and you may be rewarded by seeing a Crested Shrike-tit.

Photo: Female Crested Shrike-tit by Chris Tzaros of Birds, Bush and Beyond