Getting a prickly pest under control 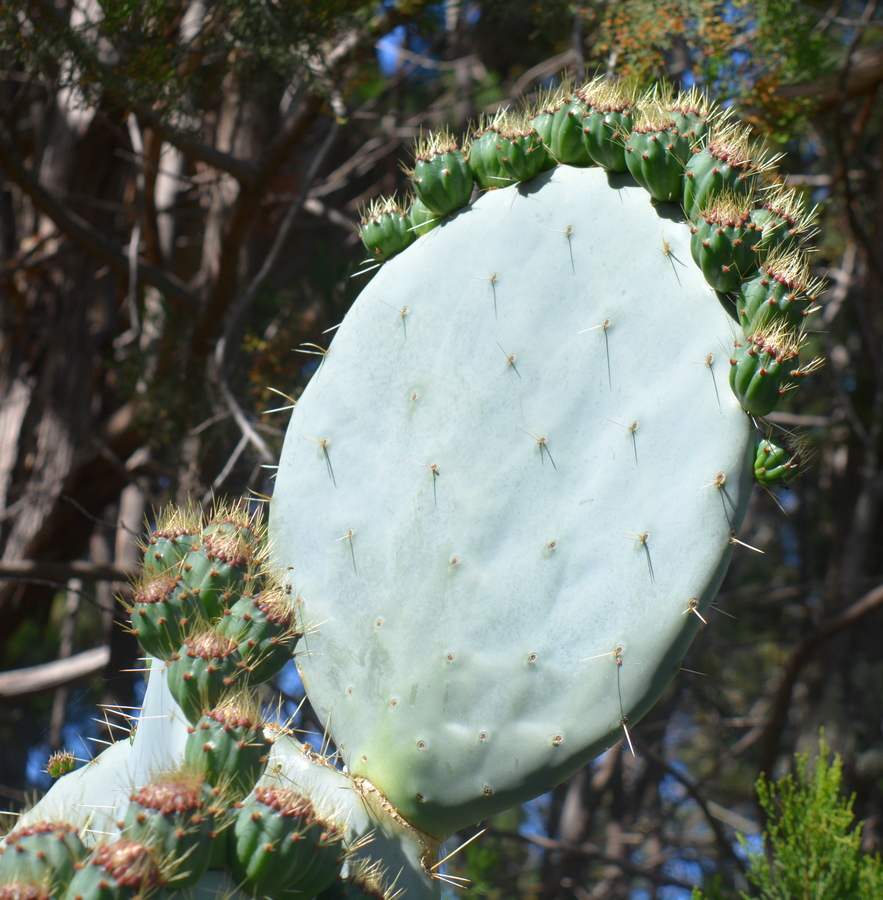 Many visitors to the western end of Chiltern-Mt Pilot National Park will see scattered clumps of Prickly Pear, an introduced cactus that was a real nuisance many years ago.

This is largely controlled now by a species of cochineal beetle, which eats the leaves (technically called cladodes) from within, weakening the plant enough so that it won’t flower, fruit and spread seeds. (The beetles are what cochineal dye is processed from.)

In the last few years Parks Victoria Rangers and we in the Friends of the Park group have seen increasing numbers of Prickly Pear’s big cousin appear in the park – this is Wheel Cactus (Opuntia robusta) –  up to three metres tall with huge circular ‘leaves’.

At present only about 60 plants or clumps are known inside the park, often in quite remote and difficult sites, and it became obvious that something needed to be done to control this pest, if eradication wasn’t possible.

The cactus is a perfect weed – each plant can produce thousands of seeds to be spread by birds, and a broken off leaf will send out roots from each spiny node and create more plants.

One part of our job so far has been to visit every known plant in spring and manually remove any buds and flowers to prevent seeding that year – a time consuming (and prickle-producing) task.

Unfortunately the strain of beetles that like Prickly Pear refuse to eat Wheel Cactus, so during the past three years we have imported the ‘right’ beetles from central Victoria (where Wheel Cactus is a huge problem), carefully introduced them to our plants, gathered some to nurture over winter in a hothouse, and started introducing them to our remote clusters.

Results have been very good so far – when we pin an infected leaf to a plant we see the beetles move over within a month. They leave a tell-tale tuft of white fluff where they’ve burrowed in.

We hope that the results continue to be good and the beetles can continue munching away without much more intervention from us – although we’ll keep monitoring results!

We’d love to hear from anyone who comes across this nasty Mexican invader in a park or reserve – phone 0429017229 or make a comment on the Friends of Chiltern-Mt Pilot National Facebook page. 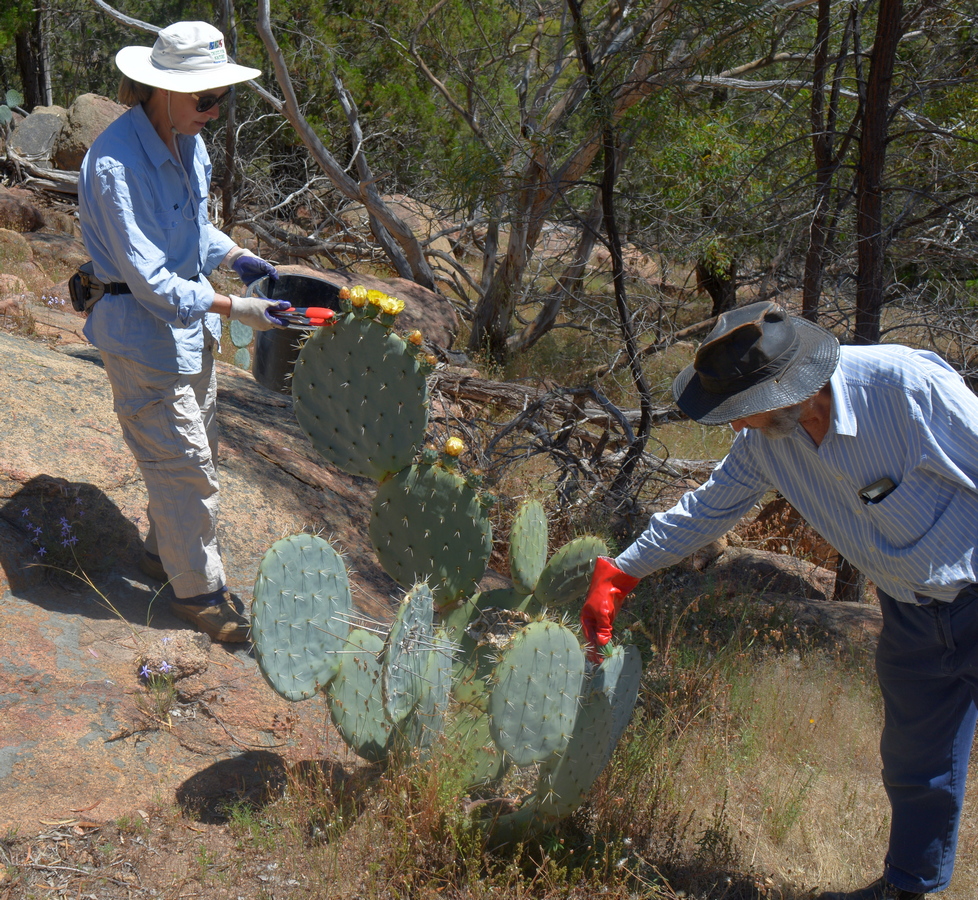 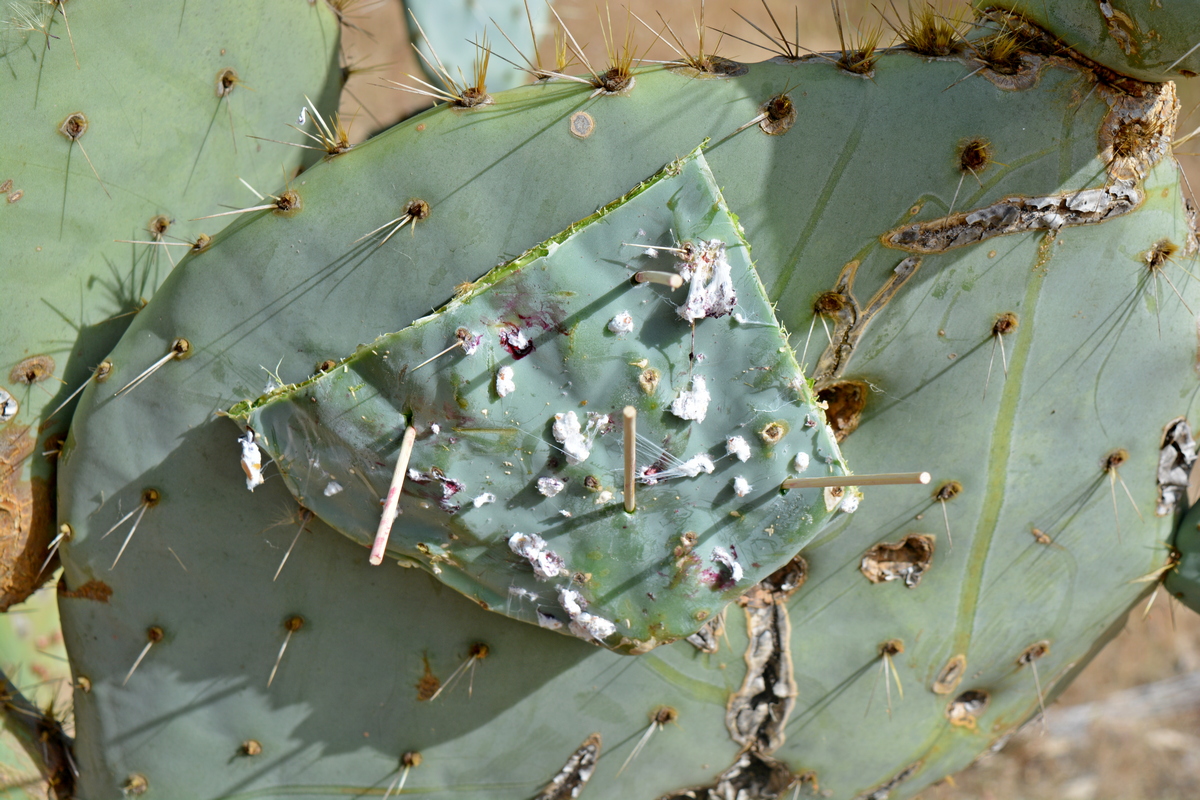 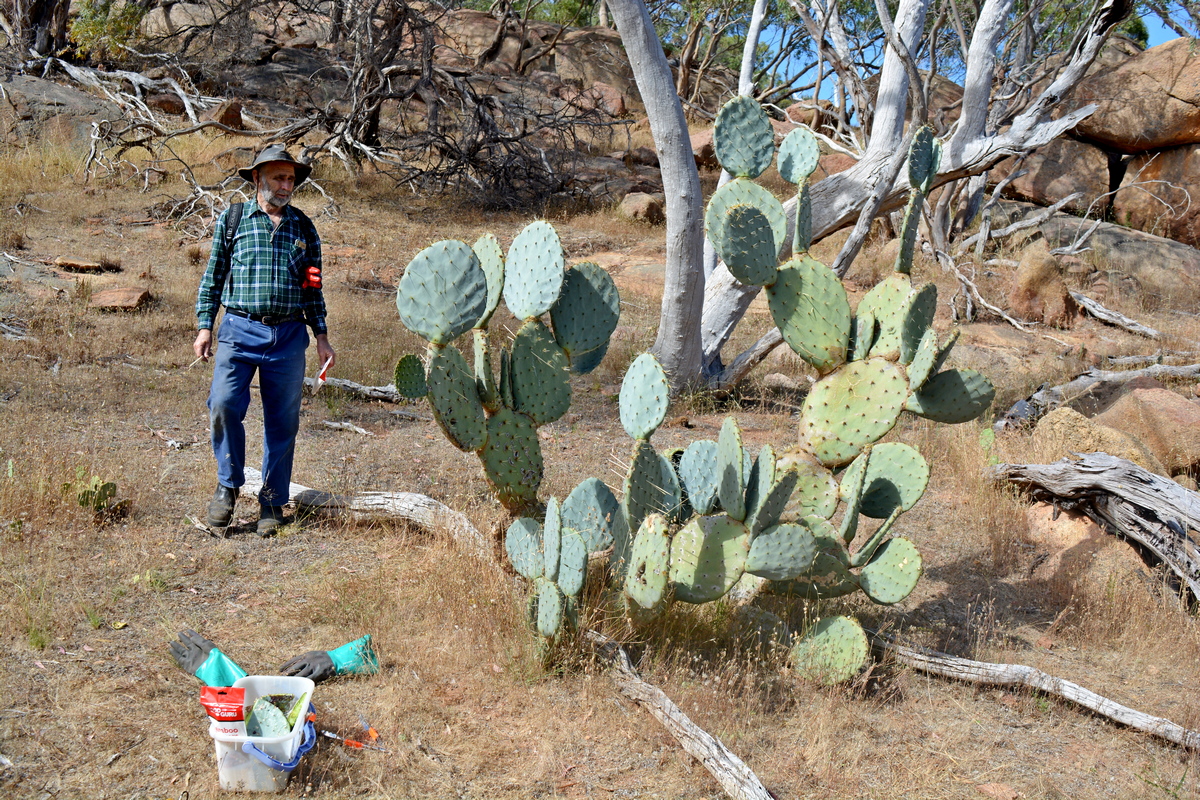