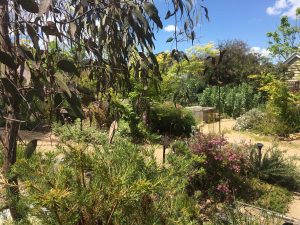 A friend of mine recently lamented that when she planned her garden she failed to take into account the importance of planting native vegetation to attract native birds.  Although she had planted some natives, her feeling was that she should have planted a total native garden. On reflection, I thought that was quite a harsh self-judgement and I hastened to explain to her that if we all just planted one or two bird attracting plants that it all contributes to the bigger picture.  Of course we can always do better, and many do, but surely something is better than nothing at all?

It can be daunting planning a new garden as there are so many choices and so much information is available to gardeners. For some, the thought of native plants still conjures up that mass of grey, straggly shrubs so often seen in the 1970’s.  The good news is that nurseries now produce fine cultivars of native plants that are heavy flower producers and tidier in appearance so have much greater appeal as garden plants.  Often the increase in flowering means more and larger flowers for native birds so it’s a win all round.

Many Grevillea and Banksia cultivars are commonly found in nurseries these days plus fine examples of smaller plants such as Correa.  For those with more space several smaller, more well-behaved Eucalypts are available including varieties of Flowering Gums and fantastic Mallee species.  All of these plants help feed and attract our wonderful native birds.

You don’t have to be a purist either – you can mix plants endemic to your region with natives from other states and of course with exotics from further afield.  Don’t feel restricted to having either a native or non-native garden.

We live in a highly modified landscape, the country has changed enormously and, much as it can be ecologically fantastic to recreate our original landscape, don’t let that put you off using some native plants and mixing them in with your chosen non-natives.  Plants such as Salvias and good old Red Hot Pokers also feed and attract birds.

If we all just use a few native plants in our gardens we will create a varied town habitat with opportunities for feeding and breeding of our wonderfully diverse birdlife. Every bit helps. 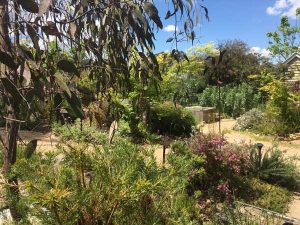